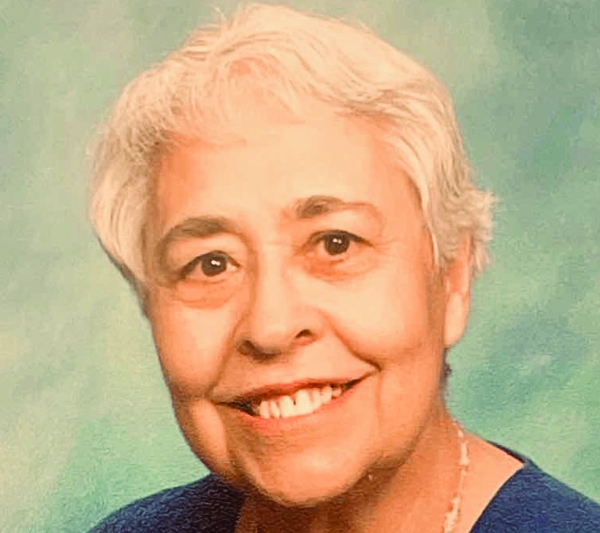 Sylvia Stroud Smith died in Winston-Salem on Sept. 12, 2021 after a life filled with travel, adventure, love, friendship and music.

Born at home in Calahaln Township, Davie County, on April 6, 1939, she was the oldest child of Wade Burdette Stroud and Beulah Mae York Stroud. She graduated from Davie County High School in May, 1957, a member of the first graduating class. On June 1, 1957, she married Jerry Julian Smith, her high school sweetheart, moving to Chapel Hill, where they lived while he finished his degree at the University of North Carolina. Upon graduation, he received his commission with the U.S. Air Force, and the couple embarked upon an adventure, living at Malden AFB, Missouri; Laredo AFB, Texas; Castle AFB, Merced, Calif.; Kelly Field AFB, San Antonio, Texas; MacDill AFB, Tampa, Fla.; Dow AFB, Bangor, Maine; Pease AFB, Portsmouth, N.H.; Dyess AFB, Abilene, Texas; Otis AFB on Cape Cod in Mass.; Salisbury, (while he was stationed at Korat Royal Thai AFB, Bangkok, Thailand), RAF South Cerney, Gloucestershire, England (while stationed at RAF Fairford, and later RAF Lyneham); and Langley AFB, Hampton, Va.  In each location, she excelled at creating a new home and making new friends.

The couple had two daughters, Sylvia Sonjia Smith and Eugenia (“Jenny”) Lynn Smith Cline. After Jenny started first grade, her mother began her pursuit of a college degree, taking courses at McMurry College (Abilene, Texas), Catawba College (Salisbury), and Swindon College (Swindon, Wiltshire, England) before graduating in 1975 from Christopher Newport College of the College of William and Mary (Newport News, Va.), having earned a bachelor’s in history.  Sylvia was an accomplished historian and delved deeply into family genealogy, delighting in providing detailed records for grandchildren and family members.

Her travels continued after she and Jerry divorced in 1974. She moved back to North Carolina in 1977 to be with family. In 1982 she moved to Oklahoma City, Okla., and in 1986, to Boston, Mass. before returning home to North Carolina for good in 1994.

She was an accomplished musician. She learned the piano as a child, and by high school was the church pianist at Clarksbury Methodist Church in Iredell County, in addition to serving as the accompanist for a gospel quartet, her high school glee club, and the Raver School of Dance in Mocksville. As an adult, she performed frequently with her daughter Jenny, a professional flutist. In her 40s, she became an organist, playing for churches in Massachusetts and North Carolina as a regular or substitute, earning the American Guild of Organists Service Playing Certificate in 1990.  In her 50s, she realized a long-held dream and began playing the harp, continuing her harp studies right up until her death. In a description of her life, Sylvia wrote, “Musical blessings have poured on me. Music is a gift, and a joy to study and share.”

She was preceded in death by: her parents; and by her younger brother, Jerry Wayne Stroud Sr.

She will be remembered for her smile, gracious manners and kind heart.

Due to the pandemic, there will be no services at this time, but a memorial will be held in the future when it is safe to gather.