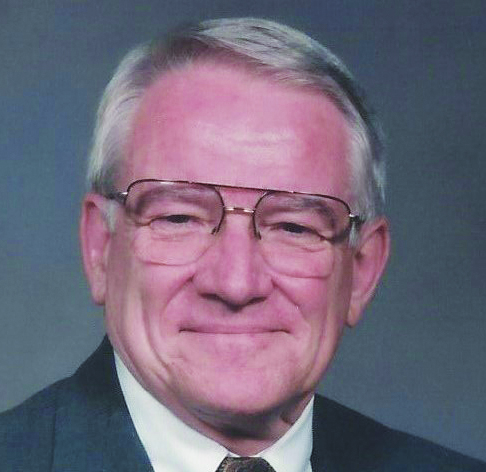 Fred D. Rogers, 88, formerly of Mocksville, and Bridgeport, W.Va., died at his home in Georgetown, Texas on July 8, 2021, following an extended illness.

Military honors and interment will be held in October at the Central Texas State Veterans Cemetery, in Killeen.

He was born in 1932 at Princeton, W.Va. to Fred S. and Elva Rogers. He and younger sister Ann, lived in Athens, W.Va., where his father worked as a history professor at Concord College.  He spent much of his youth outdoors – hunting and fishing. He graduated high school from Concord Training School in 1950. He attended Concord College as well as the WVU School of Forestry before enlisting in the U.S. Navy in 1952 to aid in the Korean War.  He trained at Portsmouth Naval Hospital, in Portsmouth, Va. as a hospital corpsman.  He graduated second in his class. He later served with the First Marine Division in Korea, where he provided medical aid under adverse conditions, and was the hospital corpsman in charge of the operating room.

He returned to civilian life in the fall of 1956, and moved back once again to Athens to complete his undergraduate degree from Concord College.  It was here he fell in love with Carol Goodman. they were married in 1957.  He graduated in 1958 with a bachelor’s degree in education, with specialties in biology and social sciences. He also earned a master’s fegree in rducational sdministration & vounseling from The University of Cincinnati, a degree from the Cincinnati College of Embalming in Ohio, as well as undertaking sgent yraining from Naval Investigative Services, in Washington, D.C.

He held several jobs early in his marriage, including junior high science teacher, funeral embalmer and ambulance driver, high school biology teacher, and special aAgent with the Office of Naval Intelligence.  He worked for the Division of Vocational Rehabilitation for over 21 years while living in Bridgeport, W.Va. He and Carol raised their two children, David and Whitney there. He was active at Simpson Creek Baptist Church, on the deacon board for  years, as well as a youth hroup leader.  One could find Fred outdoors – backpacking, deer hunting, or gardening behind their home on Brightridge Drive.  Most importantly, you could find him helping friends.

In 1988, he took early retirement from the State of WV.  Warmer weather and new challenges began to call, taking the family to Mocksville, where he continued to work for the NC Division of Vocational Rehabilitation for several years before retiring for good.

Over the next 20 years, he and Carol were active members of the First Baptist Church of Mocksville.  He served with the N.C. Baptist Men’s Disaster Relief Organization.  He traveled across the south to help clean up after floods, tornados, and hurricanes.  His mission work also took him to Alaska, Honduras, and Germany.  He also worked as a historically costumed tour guide at Old Salem, a Moravian settlement in Winston-Salem.  It combined his love of history, with meeting and talking to people.

Later in his life, every October, he would invite friends from all over for the apple butter making gathering – a day-long event starting early in the morning from getting the fire just right, to peeling and coring the apples, to stirring all day with a long wooden paddle until the color was just right, and then getting everyone into an assembly line to get all the apple butter into the canning jars. Iit was a day full of fellowship: having lunch on a fall day, enjoying one another’s company and leaving with apple butter.  He made sure everyone felt welcome. He hosted over 20 gatherings in West Virginia and North Carolina.

They missed their daughter Whitney, who had married a Texan, so they bought a home there. They would travel back and forth from Texas to Mocksville, to visit their son David and friends from there, and also to beat the Texas heat. After several years of traveling from Texas to North Carolina, the mountains of West Virginia were calling him home. They sold their homes, and Fred and Carol moved back home to Bridgeport.  He bought a house on a different hill this time, and they lived for five years spending time with those same friends they had made years ago.

Two years ago, he realized that they finally were getting older, and should move back to Texas to be closer to their daughter. His timing was perfect.  They enjoyed a year together in their new home before he became ill.