I learned to read maps early in life as I always asked where we were when traveling. Dad tired of the question and taught me to read a map, then gave me one. After that, on trips, he asked me where we were.

In the 21st century, I, along with most of the world, have embraced GPS. Key in your address. GPS will get you there. An avid hiker, I have learned to always check the route in advance as GPS sometimes fails in the mountains, especially on back roads that aren’t marked well. For example, the actual road sign may be a name (Applesauce Road), but the GPS says to turn on State Road 13. Without checking a map first, I must trust the GPS to be correct when it says, “Turn left now.”

Returning from a waterfall hiking trip to the mountains of northeast Georgia, the backroads called to me. I didn’t want to drive through Asheville or Charlotte. Before we left home, I outlined a return trip through South Carolina, including Keowee Toxaway State Park and Table Rock State Park. Next, we would enter North Carolina and drive north to catch I-40 near Morganton and return home. This was the longest of three possible trips GPS provided. Being of sound mind, I selected the longest trip on purpose.

Less than ten miles into the return trip, GPS told me that another route was sixteen minutes faster. That choice would send me through Asheville. I indicated I wanted to keep on the longer route. A few minutes later, GPS again suggested the faster road. I ignored it. Regardless of my wishes, GPS rerouted us, announcing directions that didn’t make sense. I checked and realized our travel plans had been changed by the map application, an application which, as far as I know, isn’t an AI. I deleted the trip and started over.

This time GPS would only route me through Asheville or Charlotte. Irritated, I used the map I had printed (but thought I wouldn’t need) and had to track milage to determine where to turn. It’s amazing that I now expect GPS to do the countdown of milage remaining before the next turn. Finally, as we neared Table Rock State Park, I thought I had it under control. Once we crossed the North Carolina state line, I felt sure GPS finally saw things my way.

GPS rerouted us, This time toward Charlotte. After a final fight, which I am proud to say I won, GPS took us north to Morganton, where we exchanged backroads for I-40 — as we had planned — and completed our journey.

I enjoyed the backroads but would have enjoyed the trip more if the Senseless GPS Skirmish had not happened.

Colonel Pearson (1751-1819) is buried in the Pearson Family Cemetery not far from Cooleemee.  He was the son of Charles and Alice Rebecca Pearson and was married 2 times, first to Sara Hayden in 1772, from whose union were born 4 children.  After Alice died, he married Elizabeth Mumford, and they had 6 children.

Pearson is most famous in our local history for his participation in the event in 1776 at what is now Liberty Methodist Church.  It was called Veach’s Muster Ground in those days and was where the militia practiced drills and so on. Tory captain Samuel Bryan and Patriot Richmond Pearson had a fist fight there to determine on which side the local militia would fight.  Because Pearson won, the Forks of the Yadkin, the local militia, fought as Patriots.

Colonel Pearson himself fought in several battles and most famously fought the British General Cornwallis as he marched through North Carolina, including Davie County, in 1780-1781.  Cornwallis came from Salisbury and followed what is now Highway 158 on his way north.

Pearson lived at the “Shoals” what is now Cooleemee, a major crossing of the Yadkin River in the early days.  It is thought that he operated a grist mill there and was one of the people who was interested in making the Yadkin navigable, but that did not happen.

The most famous of his children was his son, Richard Mumford Pearson.  Born in 1805 at the plantation called “Richmond Hill,” he eventually went to Chapel Hill before studying law in Salisbury. Admitted to the bar in 1826, he became a member of the North Carolina General Assembly. When he moved to Mocksville in 1835, he opened a law school in the area of Gaither Street.  Later he moved his law school to Yadkinville and called it Richmond Hill after his home place and kept that school open until 1876. Pearson later became a justice of the North Carolina Supreme Court and served as the Chief Justice from 1858-1878.  Richmond Hill is still in Yadkin County and is sometimes open to the public for tours. It is owned by the Yadkin County Historical Society and is listed on the National Register of Historic Places.

On a personal note, I live near Mumford Drive and just discovered that my 4th great-grandfather, John Gobel’s Revolutionary War pension voucher dated August 2, 1782, was signed by none other than Richmond Pearson.  We never know what treasures may exist unless we search!!

Native American, European and Chinese folklore portrayed the bluebird as a symbol of happiness and the waking of a new dawn.  Over the centuries, this idiom has been reinforced by poets and writers.  Music also carried the message of the bluebird.  The 1934 song “Bluebird of Happiness” and the 1938 ‘The Wizard of Oz’ song “Over the Rainbow” come to mind.  References to the bluebird continue to be prevalent in literature and music today.

Blue is a cooling color which brings a feeling of peace and harmony which may be a basis for happiness.  Surprisingly there is no blue pigment in the feathers of the bluebird.  All blue color is produced by the microscopic structure of the feathers.  The bluebird feathers are composed of spongy layers filled with tiny air pockets and channels that are all about the same size, and together they produce a patterned structure with the correct intervals to match the wavelength of blue light.  The effect of the traveling light is the same in any direction.  Thus unlike the iridescent throat color of the Ruby-throated Hummingbird, the blue color of the bluebird looks similar from all angles.

North Carolina is home to the Eastern Bluebird.  Bluebirds enjoy open spaces and are happy to accept birdhouses.  Unlike many birds, their population is increasing due to the thousands of people providing nest boxes along the miles of country roads.  At this time of year, bluebirds are quite active nesting and raising young.  So take a moment to watch a bluebird and it will surely bring happiness into your heart.

Life can sometimes be hectic and crazy.

This week, I’ve been recovering from minor surgery, overseeing a loved one who’s in the hospital, and preparing for my son to move overseas. I’ve been making decisions – for me and others. After waiting for weeks, the painters were ready to come paint – and I wasn’t about to tell them no. So, I said yes – and it was poor timing.  These choices were in addition to everyday decisions one makes in a week. Can you relate?

We take life as it comes.  Sometimes that means a bundle of nerve-wracking circumstances that hit us all at once, overburden the decision-making process  – and make life more difficult.

This week during my sleep, the Holy Spirit brought forth the phrase, “Decisions. Make the best decisions you can for yourself and those around you.”

When I considered the many decision-making moments I’d faced lately, I was enlightened. I’d been making lots of decisions – without adequate prayer.   The Holy Spirit was gently nudging me – consult more with God.

Let’s take a look at good decisions – the result of wisdom. To begin, clarify the decision and how it is to be decided. We can call on God by praying to Him for discernment and wisdom. God helps us make important decisions by speaking to us – after deliberate prayer, reading His words in the Bible, and through the Holy Spirit.

James 1:5 reads, “If any of you lacks wisdom, he should ask god, who gives generously to all without finding fault, and it will be given to him.” (NIV)

When we have decisions to make, rest assured that God will reveal how He wants us to live.

“This is the confidence we have in approaching God: that if we ask anything according to his will, he hears us.” 1 John 5:14 (NIV)

Through His words in the Bible, morals and principles help guide us when choices are to be made. Sometimes, we have decisions to make that aren’t addressed in the Bible.  If so, seek wise counsel from other strong Christians in your life.

Proverbs 13:20 reads, “Whoever walks with the wise becomes wise, but the companion of fools will suffer harm.” (NIV)

When you’ve clarified the decision to be made, sought Biblical wisdom, prayed to God for wisdom, discernment, and His will over your life – seek godly counsel from other Christians.

Now sit back, and trust the Lord. Be strong and courageous.

“Do not be afraid or terrified because of them, for the Lord your God goes with you; he will never leave you nor forsake you.” Deuteronomy 31:6. (NIV)

The best decisions are not just good for us but are good for others.  Good decisions bless the one making the decision as well as other people.  Besides, good decisions glorify God.  We place greater focus on our eternal lives through our decision-making process – and not the here and now.

Submit a favorite memory of life in Davie County.  Story should be typed and not more than 250 words.  Please include your name and phone number or email address.  RWG retains reprint rights.  Email to lhb1@yadtel.net. 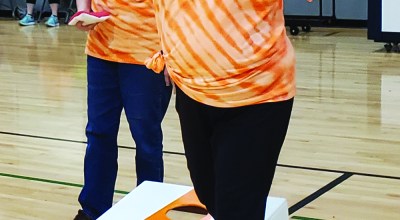 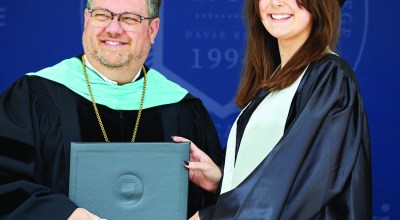 Fully vaccinated? No face covering required at the Y

Iredell sheriff wants to know: Who are these guys?