Bless Your Spoon: Pound cake recipes date back to… 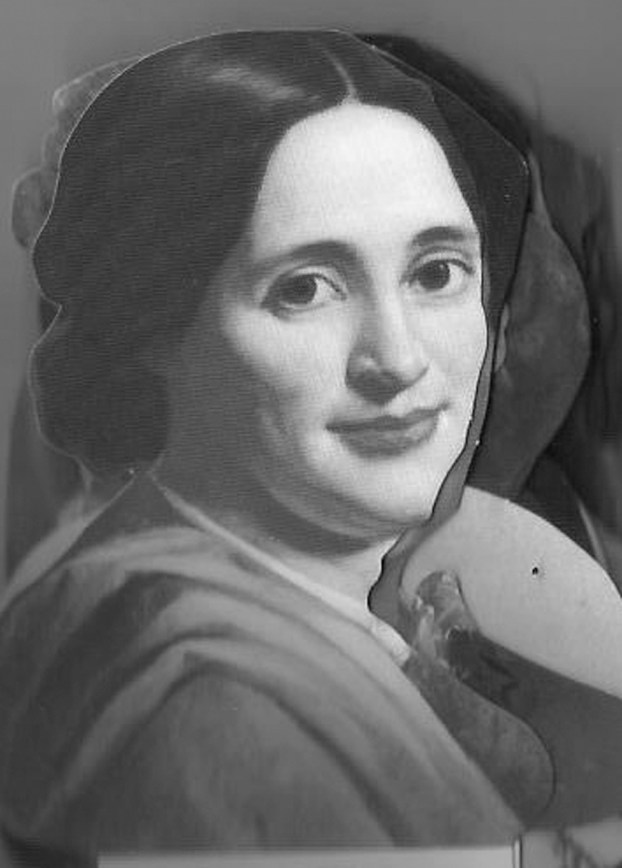 Lucy Ware Webb Hayes was the first First Lady to have graduated from college. She graduated from Wesleyan Female College in Cincinnati, Ohio.  When Lucy became First Lady, the feminists of the day hoped that the college graduate would help them with the causes that were so important to them, such as a woman’s right to vote.  That was not to be. After her marriage, Lucy chose instead the traditional role of wife, which meant that she would support her husband and care for her family. The feminists were disappointed, but Lucy was happy in the role that she chose.

Lucy Ware Webb was born in 1831 to Dr. James Webb and Maria Cook Webb. Her father died when she was 2 years old, but money did not seem to be a problem for the Webb family. Lucy received a good education including that at Wesleyan Female College.

It was while she was at Wesleyan that she met a young lawyer, Rutherford Birchard Hayes, who had moved to Cincinnati from Lower Sandusky. Sometime after Hayes met Lucy Webb, he described her thusly: “Her low sweet voice is very winning, her soft rich eyes not often equated, a heart as true as steel … intellect she has too, a quick sprightly one … by George! I am in love.” (That quotation is found in the book, The American President, by the Kunhardts.) No one could have  described Lucy better.

The love between Rutherford and Lucy flourished. Lucy Webb became Mrs. Rutherford B. Hayes in 1852 when she was 21 years old and her husband was 30.

When the Civil War began, Mr. Hayes joined the Union Army and attained the rank of Brevet Major General.  Lucy would leave the children with their grandmother and visit her husband at his post when she was able. While visiting her husband, Lucy would also tend to the sick  and comfort the dying. The 23rd Ohio Volunteer Infantry so appreciated her tender, loving care that they gave her the title, “Mother Lucy.” Mr. Hayes was wounded several times during the war, and, each time, Lucy rushed to his side.

Before the war was over, the people of the Hayes’ district nominated him as their candidate for Congress.  He agreed to become the candidate, but said that he would not campaign.  He did not campaign but he won anyway. After serving in the House of Representatives for two years, Rutherford B. Hayes ran for governor of Ohio. He served three terms as governor and was then nominated as the Republican candidate for President of the United States. He ran against Samuel J. Tilden of New York. After a hotly contested race, Hayes was named the winner, and he became the19th President of the United State in March of 1877.

Lucy Hayes moved with her husband to the White House. The book, First Ladies Who Called the White House Home, by Beatrice Gormley, says, “People praised the new First Lady. Lucy Hayes loved entertaining and did so with quiet good taste. Some people complained about the lack of alcohol at White House functions, but the Women’s Christian Temperance Union made Mrs. Hayes their heroine.” Other women’s groups tried to get Lucy’s support for their causes, but Lucy stuck to the idea that she should support her husband and leave political matter to others. At some point, Mrs. Hayes began to be called “Lemonade Lucy” because of her refusal to serve alcohol in the White House and she is often called that to this day.

Mr. Hayes said that he would serve as President for only one term, and he stuck to his word.  After one term, he and his wife returned to their estate which was/is called Spiegel Grove.  During those post-presidential years, Lucy and her husband enjoyed their time together. They spent time with their five children and grandchildren. (Lucy and Rutherford had eight children, but only five lived to adulthood—Birchard, James Webb Cook, Rutherford Platt, Frances and Scott.)

They also devoted themselves to social causes like prison reform and education, particularly the education of black children. According to the book, The American President, by the Kunhardts, Mr. Hayes said, “Now that I am back where I belong, I mean to stay here…while I am not wealthy.. I am happily independent.” The eight years between the time that Mr. Hayes left office and the death of his wife were indeed happy ones for Rutherford and Lucy.

Lucy Hayes died of a stroke on June 25, 1889.  That lady, who had been a much loved by the troops during the Civil War and much admired when she was First Lady was only 58 years old. Lucy Ware Webb Hayes was buried in a Cemetery at  the Spiegel Grove estate.

The former President Hayes spent four lonely years after the death of his wife. He did travel some.  Mr. Hayes got sick while he was in Cleveland, Ohio, and was urged to stay there until he was better. He said, “I would rather die at Spiegel Grove than to live anywhere else.” He returned to his home and died there on Jan. 17, 1893. Rutherford Birchard Hayes was buried beside his wife in the Spiegel Grove cemetery.  Their graves are marked by a simple, large tombstone, but not by a huge marble temple which marks the resting place of some former presidents.

Rutherford Birchard Hayes inherited the Spiegel Grove estate, which is in Fremont, Ohio, from his uncle, Sardis Birchard. Even before his death, Rutherford’s Uncle Sardis allowed his favorite nephew to live in the house and gave him permission to remodel it in any way that he wanted. Rutherford did remodel it a number of times and it ended up being a big house—after all the remodeling the veranda or front porch is 80 feet long. One of the interesting features of the house is a large library which has 10,000 books.