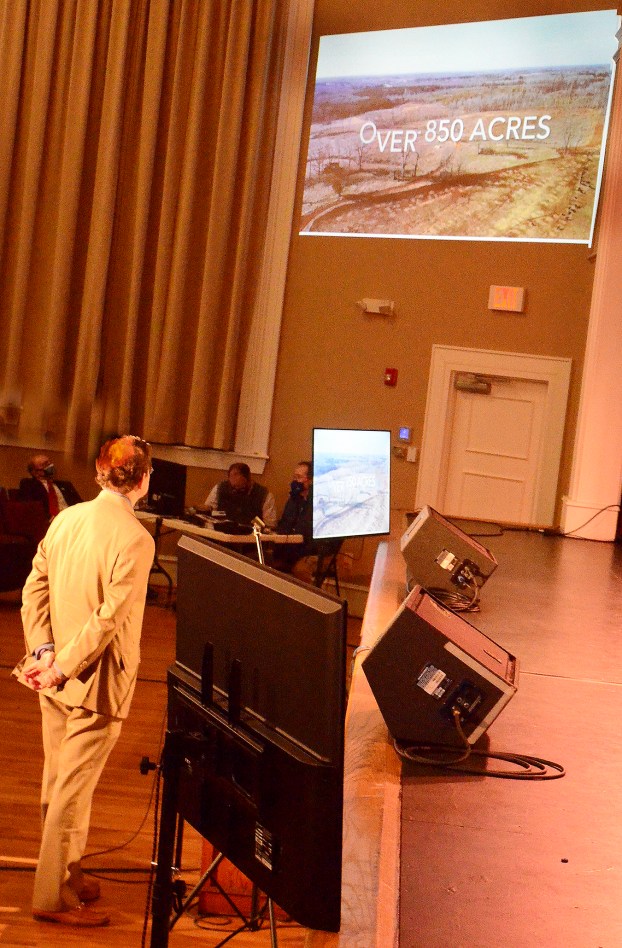 Davie County planners last week voted 6-1 to deny a request for a zoning change that would allow for a 853-acre solar complex off Junction and Ratledge roads.

The board’s recommendation goes to county commissioners for a final decision, expected at their April 5 meeting.

Orion Reneweable Energy had made the request on behalf of local landowners, who would lease the property for 30 years with two 10-year options to continue the lease.

A major land owner in the deal is the Davie County Forks of the Yadkin History Museum, who received the land at the death of Dwight Myers. 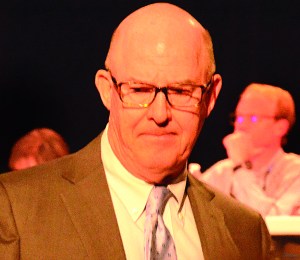 Local attorney Hank Van Hoy, representing Orion, the museum and landowners Jerry and Linda Shore, presented a panel of experts who had studied the local project. Among their findings, he said, were: the project would not harm the environment, which would revert to “fertile farmland” after use as a solar complex; that the project follows all rules set out by the county and state; that is is adequately screened from view from either road; little traffic, noise, light or other kinds of pollution; and an increased tax revenue (he estimated as much as $222,000 more per year) for the county.

“It ought to appeal to all of the neighbors because of what could happen on the properties,” Van Hoy said. “This use is as safe as any use of this property could be. No real actual harm comes to anybody.”

He was originally hired by the Shores and the museum, and each wanted to protect the farmland, protect their neighbors, and provide income – for the Shores, to be able to keep the land in the family; and for the museum, to actually build it and make it a reality after years of planning.

Peter Moritzburke said that 172 acres would be covered in panels for the 80-megawatt project, with 575 acres inside a fence. After a meeting with the community, he said the height of berms along the roads was raised, and a fence behind the berms and evergreen trees would be opaque.

Mechanical engineer Tommy Cleveland said that solar panels are safe, and the silica based panels proposed here are the safest.

“We live in a county where a majority hold conservative principles,” Van Hoy said. “Among those, a landwoner has a reasonable right to use their property as they see fit with reasonable conditions. Jerry and Linda Shore will continue to live right beside the project. It baffles them as to how that (13-16 second drive by) will harm people as far as a mile, a mile and a half away.”

The underlying objection, he said, is “I don’t want to see it … a claim that is unfounded.” He said there is no legal basis in denying the request.

“Precedent is important. You all have approved Crawford Road and Daniel Road (nearby solar projects). Landowners expect the same on this project – fundamental fairness.”

Nine speakers spoke in favor of the project at a public hearing, five of those are affiliated with the museum.

Jerry Shore said he has lived on Ratledge Road for 42 years on property bought by his family. It had been a farm for years. “With my age, we’re getting out of it. This would be an income … and ensure the land stays in the family,” he said, adding that the $90-$100 million project would be built without any incentives from the county which are offered to most other new businesses.

Opponents, he said, bother him. “Would they like for us to come and tell them what they can do with their land?” Social media posts about the issue is “garbage,” he said. “If we thought anything would be harmful to this community or this county, we would not be here tonight.”

David Gilbreath said the project is the solution to paying for the museum. “Do the right thing and vote yes. It’s a win-win for everybody.”

Mark Hager, museum president, said that the original landowner – Dwight Myers – had tried to get a solar project on the property in 2012 as a catalyst for the museum. “It would not only build this museum … it would provide jobs in the museum … and bring more people into town at no cost to the taxpayers.”

Linda Leonard said that Myers left the land to the museum with restrictions. “Just think how many people would visit our museum and help the economy.”

David Cartner said that two or three people have a vested interest that the plan not be approved.

“Everybody in Davie County will benefit from this project,” said Johnny Marklin, museum board member. “I’d vote for it. I hope you do, too.”

Morgan Wyatt said that Orion had addressed her original concerns about the complex being seen from the roads, and it would be economically beneficial to the county.

Betsy Cochrane, museum board member, said that most solar complexes benefit one family – this would one benefit an entire county. She said the project would suit Dwight Myers fine.

“This process is not a Go Fund Me for the museum,” said Kyle Swicegood, who led the 21 or so speakers against the project. He focused his presentation on the county’s comprehensive plan, a vision adopted in 2019 that mentions the need for farmland and open spaces. The county’s comprehensive plan actually includes a photograph of hay bales on a portion of the property in question, he said.

Most solar panels are made in China and are cheaply made, he said, without much regulation.

He pointed out that even a taller berm wouldn’t block the site from street view because of the topography of the land.

Dr. Bonnie Grigsby questioned why the county would do business with California-based Orion, which has little experience with solar complexes. She said Orion keeps it’s option to transfer the Junction project to another company. “Why are they asking for 883 acres when only 172 would be in panels? Do you know and do you trust Orion … enough to commit to a 50-year marriage?”

Nick Slogick said he is concerned about runoff from the project, which would reach his farm. Sloped, grass terraces on the property now help reduce that runoff, but development will increase it, he said. “Six inches of rain would make a river in a solar farm. A zoning change in a highly erodable area should be denied.”

Matt Marion said he believes in the county’s comprehensive plan, and it should be followed. “Follow the guidelines to protect the rural areas and the heritage of Davie County. Those panels … they all contain toxic maerials. Panels have the ability to leach.” Most residents of the area get their water from wells, he said.

Dr. Bob Grigsby said he has been fascinated with solar energy since a science project in school. “It’s not totally green at this point,” he said, adding that claims of recycling the panels are not economically viable. Even with a bonded de-commission plan, the county could be left holding the bag, he said.

Earl Ratledge says he loves living on Ratledge Road. “Ninety-nine percent does not want this industrial site out there.”

“It’s intellectually dishonest to say it won’t (affect property values),” said Elizabeth Swicegood. Herbicides used around the panels, and detergents used to clean the panels will run off onto neighboring properties. “Are we going to give a California company what they want … or stay true to current landowners?”

Inspiring landscapes and open spaces are needed and revered in Davie. The project is about corporate greed and a rush to get tax credits for a solar project, Swicegood said. “It’s wrong for Ratledge Road, Junction Road and Davie County in general. When will enough be enough? This little county has done its job.”

Danny Correll moved away from Ratledge Road. Now, he’s moving back. “It’s probably the greatest road in Davie County. I love my neighbors. If you want to know what’s happening, follow the money. People are getting paid who spoke for it. It’s always about the money.”

Mary Beth Rappaport said her family would not have bought land in the area had they known a big solar complex was planned.

“This is not a part of the comprehensive plan and we do not need it,” said Margaret Bordner. “There are reasons to say no. You have them right there in your book.”

Board member Jeff Vaughn said he is concerned the property flows to the South Yadkin. “Panels sheet water and increase runoff (The project would include approximately 224,000 solar panels.).” Glare for animals such as hawks, as well as fencing, could harm wildlife. A naural or manmade disaster at the site would make problems even worse, he said, adding that the project does not positively contribute to the welfare of the community.