Heidelberg Evangelical Lutheran Church was begun by a group of German settlers who migrated from Pennsylvania to North Carolina after fleeing the Palatinate of what is now Germany because of starvation and religious persecution.  The church they formed was known locally as the Dutch Meeting House although the proper name was the one mentioned above.  It is not known exactly when this church was established, but according to James Wall in his History of Davie County, using early records located in the library here, a child was baptized there in 1766, at which time there were about 200 names of members in the record book. Names associated with this meeting house are names that still remain here today: Buhe (Booe), Marz (March), Mack (Mock), Nagle (Nail), Hinkle, Frey, Beck, and Bailey, among others.

The church stopped holding services around the time of the Civil War, and nothing of the building remains. However, the rock wall around the cemetery remains, and several gravestones are there, but they are all totally overgrown. I remember going there years ago when Mr. Wall took my students on a tour of the county’s historical places. The location is on Cornatzer Road. Twenty-eight people are supposedly buried there.

The weathervane from the church was lost for years, then found and taken to the Rowan County Museum, where it remains.  It was shaped like a rooster and supposedly represented Peter’s denial of Christ, designed to warn others not to do the same.

The Lutherans formed other churches in Davie County also, St. Matthews in 1839, and Cherry Hill Lutheran in 1873, but those churches are no longer active.  Holy Cross, founded in 1959, remains an active congregation.

As it has evolved, Davie has more Baptist and Methodist churches than any other denominations.

Make This World a Better Place

I’m reminded of a song that Diana Ross sang and recorded.

Reach out and touch

Make this world a better place

These lyrics are appropriate more than ever during a continuing pandemic.

You might say that’s more difficult to do now with the distancing restrictions that are in place. But don’t be discouraged. Don’t let isolation get the best of you.

There are many ways to “touch” someone that doesn’t involve the actual touching of someone’s hand. Metaphorically speaking, we touch folks whenever we make a personal connection with them.

Whether we mail out several cards each afternoon, pick up the phone to make a couple of calls each day, bake food once a week to drop off for someone sick, schedule and invite new friends to a weekly Zoom meeting, or organize celebratory drive-bys – we are “touching” someone else.

When we reach out and connect with another person, we help ease others’ feelings of depression, profound loneliness, and isolation. You can help make someone else’s world a better place.

Also, we have been gifted with the most extraordinary power of all power – the Holy Spirit. Commit to a time for prayer. Pray for people to come together and for our country to heal from divisiveness. You have the power to make this world a better place – through the power of prayer.

The idea’s not if we can. But when we will.

I watch as a young male woodpecker bounces up the maple tree outside of my house, searching for a meal. He is the poster-perfect specimen of a woodpecker to the point that his fine feathers appear almost airbrushed. With the red splash on the back of his head and the dark grey, white speckles traveling the length of his wings, he stands in sharp contrast to one of last year’s hatchlings perched on a nearby fence. The chick’s thick, fluffy grey feathers make it difficult to tell what kind of bird it is, but its clinginess to its parent removes all doubt. Soon, the adult has exhausted all feeding opportunities on the maple and flies off to another tree with the chick not far behind.

With each passing winter, I’m amazed and wonder how nature’s creatures withstand the bitter, cold temperatures and near starvation. However, after some reading and viewing of nature shows, I’ve discovered that most birds, which winter in the cooler climates, are well adapted for the season. These adaptations and anatomical features go beyond growing more insulating feathers or adding a layer of fat.

So, why don’t bird’s feet freeze and get stuck to metal surfaces like warm fingers or a tongue can. Simplifying it a bit, it’s about heat exchange. When a bird’s legs get cold, the warm blood stays within the fowl’s body while cooler, slightly above freezing blood circulates within the legs. The circulatory system transfers just enough warm blood to keep the legs from freezing but doesn’t raise the temperature high enough to create heat loss or risk of sticking to a surface. Amazing. For years, I thought those poor birds must be freezing. As it turns out, they’re doing just fine.

The robins that populate this region tend to winter near the Gulf of Mexico, spending time here only in the warmest months. Some years ago, I noticed that the robins that feasted on worms in my yard had a curious habit. I was amazed by how the robins would follow me around the yard in the summer months as I mowed, shortening the grass. Some robins boldly hopped into the path of the mower for a worm, at times. Why were these birds acting this way? After some reading, I learned this behavior is a survival instinct. If confronted with snow or ice, these and several other birds searched for large forest animals like deer, boar, or livestock, which exposed the bare ground as they move. By moving the snow or breaking the ice, these large animals were unknowingly helping the birds gain access to the dirt beneath and a meal. Later, I couldn’t help but laugh, thinking how those robins would never tolerate me standing close, but put me on a lawn tractor, and I’m their friend.

These are just two surprising things I’ve learned about a bird’s ability to survive in the winter. There are extreme exceptions, but usually nature is incredibly well suited for handling the chilly months. I’ve also read that humans can adapt to living in much colder climates to a degree. That’s also interesting, but I think I’ll stay right here with the woodpecker.

Submit a favorite memory of life in Davie County.  Story should be typed and not more than 250 words.  Please include your name and phone number or email address.  RWG retains reprint rights.  Email to lhb1@yadtel.net. 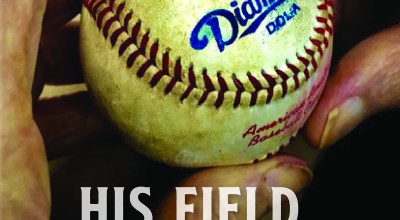