Davie’s volleyball team looked Kadynce Boothe in the eye for the eighth time in three seasons, and for the first time it blinked.

The majorly talented junior from East Forsyth put her team on her back and carried it to a 3-2 comeback win over Davie on Jan. 4.

The Central Piedmont Conference Tournament was originally going to be the top four teams, but since West Forsyth (5-5 CPC record) was quarantined, the tournament was trimmed to three teams – No. 1 Reagan (10-0), No. 2 Davie (7-2) and No. 3 East (4-4). The Davie-East semifinal was held at Davie, while Reagan had a bye before the championship.

After falling behind early, Davie rallied to win the first set. “Ali Angell went on a good serving run and a couple of balls fell our way,” coach Amber Brandon said.

Davie really found its groove in the second set. “We were in complete control,” she said. “We played really well.”

The War Eagles were 7-0 against Boothe, they dominated East in three sets on Nov. 4 and they seemed ready to defeat East for the 17th consecutive time, especially after they jumped to a 12-5 lead in the third set.

What happened? East’s dynamic superhero took over. The 6-foot commitment to the University of Tennessee has absurd power, and Davie had no answer.

“They had a middle get injured (in the third set), probably their second-best hitter,” Brandon said. “From that point on, it was all Kadynce. She probably hits 70 percent of their balls in a normal game. That number probably went from 70 to 90 percent. She got in a rhythm and we couldn’t stop her. If she gets on a roll hitting, the rest of her game improves.”

East scored 20 of the last 30 points in the third set. It pulled out another three-point decision in the fourth set. Davie fell apart in the fifth set.

“In the fourth and fifth sets, Boothe hurt us more from the serving line than anywhere,” Brandon said. “Any time we’ve played against her, our conversation before the game has been she’s the type of kid who is going to get her kills on the front row. You just have to do your job when we get to swing first. In the past, we’ve done a really good job of managing her on the back row, and this night we just couldn’t. It’s the first time we’ve had trouble with her serve.

“It was out of bounds, but she hit a ball down the line that was the hardest ball I’ve ever seen hit in a high school volleyball game.”

Davie was also undone by its passing game.

“It just wasn’t our night,” she said. “Elizabeth Tilley had a really good game, but honestly that was about it. Aimee Loj and Kiah Mathis have both been on a good streak in the middle. We just couldn’t pass the ball well enough to get the ball to them. We have three middles who are some of the best in the conference, and up until Monday night we had passed well enough to utilize that.”

Notes: As much as Brandon and Davie wanted a third shot at Reagan, the only team to beat Davie before the second meeting with East, it was a harmless loss. The CPC Tournament result had no affect on state playoff berths. … East’s season ended with a 5-5 record. Davie, which lost to East for the first time since 2004, slipped to 9-3. … In the CPC championship, unbeaten Reagan (13-0 overall) dropped East in three sets (25-21, 25-13, 25-16). … The CPC received two playoff bids, with Davie earning a wildcard berth.

4-A FIRST ROUND PAIRINGS 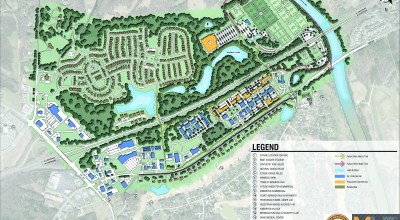 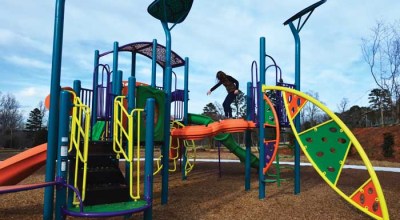