The first Davie High sporting event since March began with a bang as the JV volleyball team buried visiting Reynolds on Nov. 17.

The performance matched Amber Brandon’s suspicions regarding her young troops. “There’s tons of kids on the JV that have a lot of talent and potential,” said Brandon, the varsity coach who filled in for JV coach Brittani Steger, who could not attend the match.

Reynolds has been an inferior Central Piedmont Conference rival – yes, with the modified COVID-19 schedule, this was the conference opener on the first day of the season. But this was a solid win for a couple of reasons: No. 1, this Demon squad was considerably better than recent predecessors. No. 2, Davie had the challenge of playing with one sophomore and 10 freshmen. Davie has two sophomores but one of them, Camden Hurst, was out with an injury.

“We had to shake off some nervous jitters in the first set,” Brandon said. “(It was) closer than a typical Reynolds match. Reynolds has a new coach and that was by far the best Reynolds JV team I’ve seen since I’ve been at Davie.”

Not that the War Eagles weren’t in control. They won in two sets behind efforts from freshman libero Hailey Johnson, freshman setter Lauren O’Connor and sophomore middle Gracie Wilson. “The JV has a really good libero,” Brandon said. “I’m super excited about (Johnson). First contact is really the name of the game, and that’s what I’ve tried to build in my six years at Davie. When people think of Davie volleyball, I want them to think about an incredible passing team. We’ve had some really talented kids the past couple of years, and it’s exciting to see Hailey continue in that pipeline of being a really good ball-control player.

“(O’Connor) has quick feet to the ball. She has a good knack for the game. She has a good serve. It’s exciting to see another setter come into the pipeline with the ability to really grow as a player and be a great varsity setter in a couple years.”

And then there was Wilson, who appears primed to make a meteoric rise. “Gracie’s physicality has really improved in the last year,” she said. “She’s hitting and serving with a ton of power.” 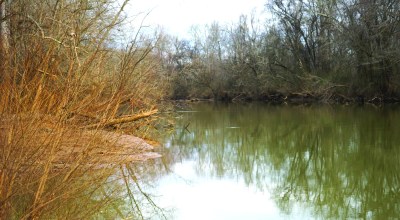